WILBURTON, OK (May 6, 2021) – A group of academically high-achieving students were recently inducted into the national honor society Phi Theta Kappa during a campus ceremony in Wilburton. The group consisted of students who met the requirements for membership in the spring and fall semesters of 2020 and spring semester of 2021.

The society was founded in 1918 and is recognized as the official honor society of associate-level institutions and programs. According to its website, the mission of Phi Theta Kappa is two-fold: recognizing and encouraging academic achievement and providing opportunities for individual growth and development through participation in honors, leadership service and fellowship programming.

Eastern’s Theta Pi chapter upholds this mission by sponsoring a number of events and initiatives to serve their campus and community. These efforts include an annual Toys for Tots campaign and Voter Registration Drive. The chapter earned ten consecutive wins in the statewide registration drive prior to 2020.

“Two of our largest student-led events on campus are the Voter Registration Drive and Christmas Toys for Tots campaign,” said Brenda Strange, chapter advisor and dean of the Business Division. “Service opportunities not only help students build skills and meet new people, but they can also help lead students into a career path for their future. We feel community service is an important part of a student’s experience at Eastern.”

Strange said induction into Phi Theta Kappa empowers these students with a competitive edge. In addition to becoming eligible for over $37 million in scholarship opportunities, they become part of a network of nearly three million fellow scholars. Members also enjoy special benefits and discount offers from the organization’s corporate partners such as GEICO and Bank of America.

Members graduating from Eastern are recognized during commencement ceremonies and their membership is noted on official college transcripts. 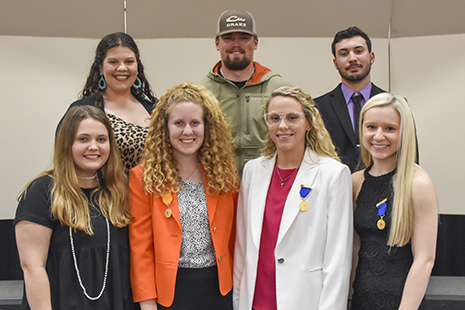 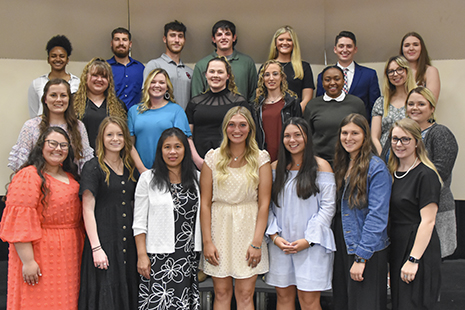